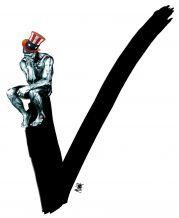 As we write this, we reside in the state of Texas. Regardless of whether we select President Obama or former Massachusetts Gov. Mitt Romney in the voting booth, we can say with certainty that our vote will go to Gov. Romney. This is because we really are voting for electors in the Electoral College, an arcane process which now serves to undermine the very nature of our democracy.

The Electoral College comprises 538 electors (the combined total of senators and representatives) from the 50 states and (thanks to the 23rd Amendment) the District of Columbia. With the exception of Maine and Nebraska, the winner of each state’s election count gets all the electors. Who chooses the electors and restrictions on their abilities vary from state to state. Regardless, the point is that no matter who you vote for, unless you are in a swing state (e.g., this year, Ohio, Florida, Virginia, Colorado, Wisconsin), your vote does not matter.

The Electoral College is a throwback to a time when black persons were enslaved and not allowed to vote, but were counted as three-fifths of a person for purposes of determining the number of the nation’s representatives. The Electoral College used slaves to give disproportionate representation to their southern masters. The goal: Protect the rural states from the more populated states. This arrangement benefited Virginia, which had 20 percent more electors, but fewer citizens and eligible voters, than Pennsylvania. (Interestingly, four of the nation’s first five presidents were Virginian slave-owners).

What are the solutions? Quite simply, we could continue to do what we have been doing, which is watch a few states determine the entire fate of the country and election. It isn’t as if they have been doing a terrible job of it: In only four elections has the popular vote gone in the opposite direction of the Electoral College, most recently in 2000. While one argument may be that those are four too many, there are more compelling arguments for change:

1 It’s an entry barrier. The Electoral College serves as an entry barrier for any potential third party for any national election, requiring near simultaneous entry in all the states. Instead, a third party’s better option is to enter a swing state and negotiate with the party from whom it seeks to take away votes.

1 Voter turnout is abhorrently low. While the goal of the Electoral College was to protect the less populated states, the effect today is to put us all at the mercy of only a small number of states. It is no wonder only 63 percent turned out in the 2008 election.

1 It’s the Confederate Flag of voting. The purpose and history of the Electoral College conflict with our sense of democracy.

1 Spreading the campaign finance wealth while diffusing its power. To the extent the Supreme Court has allowed money to contaminate our elections, the elimination of the Electoral College will require the money players to spread the wealth in terms of marketing dollars.

To cure the ills of the Electoral College, we could implement a constitutional amendment eliminating the whole thing and resorting to a popular-vote-wins-the-election system.

Of course, such a proposal seems like pie in the sky. However, the United States came close to doing just that in 1970, but for a failure in the Senate to overcome a filibuster by southern senators on both sides of the aisle. For the reasons we’ve stated and many others, it is time to demand a democracy without the middleman.