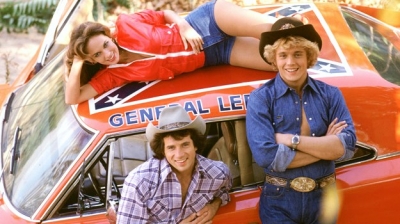 One of the many problems with political correctness is that it often ignores context.

Well, that’s being kind. Political correctness doesn’t just ignore context, it assumes you aren’t smart enough to understand it. At its insidious core, it can be nothing more than elitist censorship, wherein people who presume to know better than you remove potentially objectionable content purportedly so as not potentially to offend a special-interest group or minority.

The most recent victim of such presumptive censorship is the General Lee. Not the general, but the car, that silly, innocuous vehicle driven by the fictitious Duke brothers on the equally silly and innocuous television show “The Dukes of Hazzard,” which ran on CBS from 1975 to 1989 and has lived in syndication ever since and on the silver screen in 2005.

It seems the iconic speedster, used to outrun and outwit the obese and greedy county commissioner Jefferson Davis “Boss” Hog and his minions, will be losing, for now and forever, the large Confederate flag emblazoned on its roof thanks to the eternal wisdom of the brain trust at Warner Brothers studios.

This from Bob Golfen, automotive editor of speed.com:

“One of the world’s most famous TV cars, the General Lee from Dukes of Hazzard, is about to lose the confederate flag from its roof. Warner Bros., the Hollywood studio that owns all rights to the Dukes of Hazzard TV show and movie, has banned the flag from all future versions of Bo Duke’s orange 1969 Dodge Charger, according to a report in Screencrush.com, which follows the entertainment industry. The ban not only effects General Lee’s most-distinctive feature in future films but also scale-model versions of the car.

The reason for Warner Bros. decision to remove the image, Screencrush.com said, is that the company does not want to endorse any item that includes a confederate flag, which some people find offensive. General Lee will be barely recognizable without its flag, the report adds.

This is the second time this year that General Lee has provoked public controversy. In February, NASCAR officials refused to allow pro golfer Bubba Watson to drive the General Lee on parade lap before a Sprint Cup race at Phoenix International Raceway because of the emblematic confederate flag. Watson had purchased the car, the reconstructed No. 1 General Lee from the original TV show, in January at the Barrett-Jackson Collector Car Auction in Scottsdale.”

No one could argue with a straight face that the General Lee ever gave offense (at least to anyone not associated with Hogg family), and yet thanks to political correctness one of the most recognizable cars in the world is now just another orange Dodge, a symbol stripped of its vitality and heritage, stripped of its harmless, family friendly context and confined to the scrap heap of syndication, irrelevance and anonymity. What this means to the future incarnations of the product is anyone’ guess, but I can’t imagine it has much of one – at least not in Warner Brothers’ hands, anyway.

While Southern Partisan mourns the loss and offers one final Rebel Yell in salute to the feisty General, we will soldier on so long as Daisy Dukes are allowed to be worn in public. Some things, after all, must remain sacred.