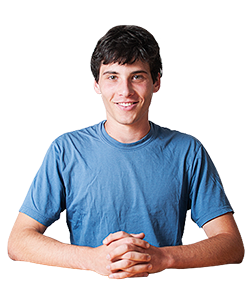 “If the Republican Party cannot win in this environment,” declared conservative luminary George Will in September, “it has to get out of politics and find another business.” Fox News host and Tea Party darling Laura Ingraham agreed, telling Republicans, “if you can’t beat Barack Obama with this record, then shut down the party.”

Two competing narratives for the Republicans’ defeat, which are already quietly emerging within the party, will come to the fore over the coming days. The first, championed by members of the Tea Party, will hold that President Obama’s victory was a consequence of Mitt Romney’s lack of ideological purity. According to this line of argument, Republicans might have won if only they had nominated an authentic conservative as their standard-bearer instead of a flip-flopping Massachusetts moderate. The implications of this argument are clear: Republicans must continue to purge moderate elements from their party and stonewall any and all of Barack Obama’s policy proposals.

The second (much more accurate) narrative will contend that the Tea Party’s ideological rigidity is the cause of the party’s weakness, not the answer to it. In other words, Romney was seriously damaged by the extreme positions he was forced to take in the primary campaign — on everything from tax cuts to reproductive rights. Some in the Republican establishment might also argue that the party’s radical wing devastated Republicans’ chances of taking back the Senate by ousting moderate candidates in favor of unelectable hard-liners like Richard Mourdock and Todd “legitimate rape” Akin. This explanation for the party’s defeat suggests that if the party is to survive, it must offer more to minorities, women and the middle class — and, yes, maybe even try to work with President Obama.

Republicans hate losing. They hate losing so much that for the past several weeks some have insisted that the polls were skewed rather than admit that their candidate was behind. But now the party will be forced to accept that it lost fair and square (conspiracy theories about voter fraud aside) and design a single path forward. The relationship between the establishment and the Tea Party is already strained, however, and reconciling their conflicting impulses in the wake of a bitter election defeat will be no easy task.

If the Democrats and President Obama aggressively take advantage of Republican disunity, they might be able to push their agenda more effectively than they did for the last two years. The Republican Party’s tight discipline and ability to act as a single voting block have always been powerful weapons against the Democrats — such as during the debt ceiling crisis of 2011, when House Republicans forced a Democratic Senate and President to capitulate to their demands. Heading into the fiscal cliff negotiations, however, the Republican Party will be internally divided and Democrats will be in a much stronger position to poach Republican moderates.

So even though this election gave us the exact same government as before — a Democratic Senate, a Republican House, and, of course, a Democratic president — it might not give us the same level of gridlock and paralysis we have suffered through for the past two years.

Finally, I will say this: if the radical wing of the party emerges victorious from the Republican civil war, then George Will is right. The party will need to get out of politics altogether.