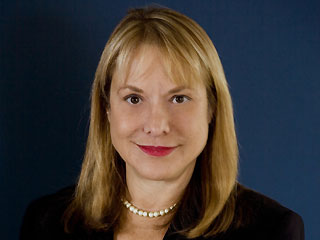 That’s why they’ve shut the government down.

No, doing so won’t actually stop Obamacare. To a great extent, the program is on autopilot. The Republicans shut down the government, but the exchanges are open for business.

The last time the Republicans shut down the government, they at least had the fig leaf that they were doing so to protest the size of government.

Not this time. This time, it’s not about the size of government. It’s not about the deficit. The Senate already has gone along with the House’s insistence that agencies cut their spending in the coming weeks.

This is pure symbolism — on the Republican side — at the expense of people who depend on the government and work for the government.

Maybe you or a loved one is trying to sign up for a potentially lifesaving clinical trial. Sorry. You can’t.

Maybe you work as an air traffic controller or a prison guard. The “good news” is you’re still working. The “bad news” is you don’t get paid.

Make no mistake. This is not going to help Republicans in the long run. Playing games with people’s lives is not smart politics. The fact that many well-known Republican senators have made clear that this is not an appropriate way to protest Obamacare underscores the ideological extremism that holds sway in the House.

Just the other day, a lifelong Republican sought me out to express his immense frustration. Why are they doing this, he kept asking me. Don’t they understand that however unpopular Obamacare is, closing down the government as a symbolic protest is going to be seen as irresponsible? It’s even more unpopular than Obamacare.

I have no answer. Or rather, I have no answer other than the obvious one: that the House is under the control of extremists who are throwing a political temper tantrum, and responsibility be damned.

As a Democrat, I should be pleased. As an American, I am deeply troubled.

We’re used to having extremists hold sway on cable television. But that’s entertainment. You can vote with your clicker. You don’t have to watch. At the end of the day, no one gets hurt.

“I’m always willing to work with anyone of either party to make sure the Affordable Care Act works better,” the president said. “But one faction of one party in one house of Congress in one branch of government doesn’t get to shut down the entire government just to refight the results of an election.”

Except that they did.

Obamacare was a central issue in the last election. By the time he won his party’s nomination, Mitt Romney had effectively turned his back on his own (similar) program in Massachusetts and was urging voters who opposed Obamacare to vote for him. If you wanted to get rid of Obamacare, the way to do it was to elect Romney and give Republicans a majority in the Senate.

It didn’t happen. Romney lost. The Senate remains in Democratic hands. That’s how it works in a democracy. You win some, and you lose some. The tea party lost. Better luck next time.

Or not. There may be some new contestants for Newt Gingrich’s slot on “Crossfire.” Better there than in Congress.