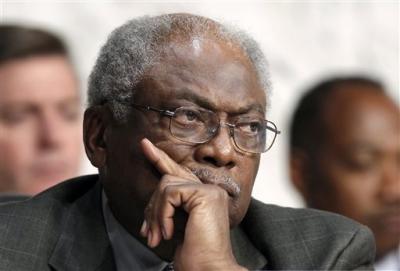 ATLANTA—For decades, Southerners put a firm imprint on national politics from both sides of the aisle, holding the White House for 25 of the past 50 years and producing a legion of Capitol Hill giants during the 20th century. But that kind of obvious power has waned as Democrats and Republicans in the region navigate the consequences of tidal shifts in demographics, migration and party identity.

This is the second consecutive presidential election without a Southerner on either major party ticket. That has happened in back-to-back elections only once, 1968 and 1972, since Franklin Roosevelt, a New Yorker, won four consecutive elections with overwhelming support across what was then Democrats’ solid South. (The 2008 candidates were Democrats Barack Obama of Illinois and Joe Biden of Delaware, and Republicans John McCain of Arizona and Sarah Palin of Alaska. This year, it’s Obama and Biden, and Republicans Mitt Romney of Massachusetts and Paul Ryan of Wisconsin.)

Besides the national dearth, the South’s congressional power players are either aging icons—black Democrats John Lewis of Georgia and Jim Clyburn of South Carolina—or hail from the region’s periphery—Republican Senate leader Mitch McConnell of Kentucky and House GOP leader Eric Cantor of Virginia.

But Kentucky was a Civil War border state, while Virginia, for all its antebellum credentials, is increasingly racially, culturally and politically diverse. That puts both states outside the Bible Belt, Deep South core that, fairly or unfairly, has long defined the region on the national stage.

This is all new for a proud region that produced Presidents George W. Bush and Lyndon B. Johnson of Texas, Bill Clinton of Arkansas and Jimmy Carter of Georgia. George H.W. Bush claimed Texas as well, despite his roots as an East Coast moderate, and he was a national figure by the time he was elected. Newt Gingrich of Georgia drove the 1994 Republican resurrection in the U.S. House, and Tom DeLay of Texas extended it. Trent Lott of Mississippi led Republicans in the Senate. Lott’s fellow Mississippian, Haley Barbour, helped fuel a GOP rise as national party chairman. Before them came a raft of speakers, floor leaders and notables.

Elected officials, party leaders and campaign strategists on both sides cite the old rule that politics is cyclical and say the table is set for their return to prominence, depending on how the parties and their candidates present themselves to the public.

For Democrats, the dry spell, as much as anything, is rooted in successive generations of white voters abandoning the party in federal elections and shifting the balance of power in statehouses and courthouses in nearly every state. There are simply fewer Democrats to identify as prospective national players.

“You’ve seen a peak in Republican power and the bottoming-out for Democrats,” said former U.S. attorney Doug Jones, of Birmingham, Ala., who represented his state’s Democratic Party as a convention delegate in Charlotte, N.C. “We’ve just got to do a better job educating folks about their bottom lines and what our policies mean for people on a day-to-day basis.” That task, Jones said, “will have to take place over multiple election cycles.”

For Republicans, a more complex dynamic is at play.

Gingrich and Lott, who toiled for many terms in the minority, were well-positioned to become national players when Republicans gained majorities. But now that initial wave of Southern GOP leadership is mostly off the stage. The party does have a deep Southern bench, with governors like 40-year-old Nikki Haley of South Carolina and 41-year-old Bobby Jindal of Louisiana, along with a host of neophyte senators and representatives. This new generation of Southern Republicans must compete among themselves and with the likes of Wisconsin Rep. Ryan, the Republican vice presidential nominee, and New Jersey Gov. Chris Christie, who delivered the GOP convention’s keynote address.

“We’ve got some impressive new folks out there,” said Timmy Teepell, a Republican campaign strategist and former chief of staff to Jindal.

If anything, ambitious Southern politicians are victims of the region’s success.

Within both parties, the region’s influence has been as the conservative branch opposite Northeastern liberals or Midwestern moderates. Since Roosevelt, that has dictated balanced national tickets.

They have nominated a non-Southerner eight times since 1952. Five of those times, the nominee added a Southerner to the ticket, each time a senator.

When Republicans gained the Southern advantage after Johnson signed the Civil Rights Act and the Voting Rights Act, their focus became ideological balance. They did not necessarily define it by geography, but the result was the same: a nod to Southern conservatism. Richard Nixon’s “Southern strategy,” co-opted from Alabama Gov. George Wallace and his 1968 presidential bid as an independent, had gone national.

Romney continued the trend with Ryan, a tea party hero who pitches himself as a tax-slasher and budget cutter. Many Southerners were wary of Romney during the primaries, and social conservative Rick Santorum won several state contests.

Louisiana Republican Party Chairman Roger Villere said the Ryan pick settled any nerves. “It sends a great message to conservatives,” he said. “We are excited about November.”

Barack Obama won Virginia and North Carolina in 2008 on the strength of young and non-white voters. Florida has long been a competitive melting pot. Jones said white Southerners under age 30 or 35 are up for grabs, as well. Presidential exit polls from 2008 showed younger voters in some Southern states split evenly in states where Obama still lost by wide margins. That group, Jones said, is less likely to base their politics on anything to do with race.

“That’s one of the problems we’ve had in the South,” Jones said. “We’ve always been against something, whether it was civil rights or something else. The Southern vote is so often driven about what we’re against.”

If Democrats work methodically, he said, to “define ourselves as who we are, as opposed to just not being the other guy,” the party will grow and inevitably produce national leaders again.

Arkansas is the last former Confederate state where Democrats still control both chambers of the Legislature. Republicans cut into their majorities in the national GOP sweep of 2010, but couldn’t take over. Democratic Gov. Mike Beebe, meanwhile, won every county on his way to a second term.

Bond said the Arkansas party, besides enjoying the afterglow of having produced a president, has focused relentlessly on fiscal responsibility, education and economic development. “We just have to do a better job of telling our story across the South,” he said.