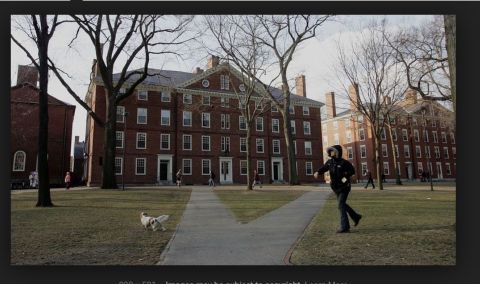 “The change is being pursued under the banner of ‘diversity,’ which is, of course a god-term of our age, and rightly so,” Martin J. Medhurst, distinguished professor of rhetoric and communication and professor of political science at Baylor University, and editor of Rhetoric and Public Affairs, wrote recently therein about the association’s procedural shift. “But there is a difference in trying to promote diversity within a scholarly consensus about intellectual merit and prioritizing diversity in place of intellectual merit.”

He continues, “Let me be clear: I strongly support diversity and recognize that social, cultural and racial perspectives make a difference in what is studied and how it is studied. The work of the field has been enriched as it has become more diverse. That is a belief, I am sure, shared by the distinguished scholars as a group. We support diversity, but not at the price of displacing scholarly merit as the chief criterion for selecting distinguished scholars, choosing journal editors and evaluating research.”

Beyond the distinguished scholar question, Medhurst says the “far more important issue is what sort of organization the NCA will be. One where selections are made on intellectual merit or one where identity is prioritized over intellectual and scholarly merit? One where new journal editors are chosen on their background, publication record, vision and experience, or one where the color of one’s skin or one’s gender trumps everything else?”

In addition to negative comments on social media, some association members have called for a boycott of Medhurst’s journal.

In a more formal response to Medhurst that has been widely shared among communication scholars, Mohan J. Dutta, Dean’s Chair Professor of Communication at Massey University in New Zealand, wrote on his blog, “He wants us to take his assurance on face value that there is no basis for the implicit assumption of racism.” Yet, “paradoxically,” Dutta says, “the very communicative strategies Prof. Medhurst uses to set up the false binary of ‘diversity’ versus ‘merit’ reflects the implicit bias that perhaps the NCA [executive committee] was seeking to address.” He further accuses Medhurst of caricaturing the concept of identity.

Star Muir, associate professor of communication at George Mason University and president of the association, said Wednesday that his organization is absolutely trying to address structural racism, in part due to a #CommunicationSoWhite campaign by members who want it to do more to promote diversity, equity and inclusion. That includes how it looks to underrepresented scholars when a group of mostly white men act as a gatekeepers to a major honor within the field.

“They’re kind of focusing on the wrong aspect of the problem in trying to drum up more and more nominations for a process which is controlled by almost 100 percent white scholars,” Muir said. “That’s not going to go very well perceptually, and it hasn’t, empirically.”

Muir sighed, “The issue is it’s really difficult to do change.” Still, he said he believed that Medhurst’s editorial had given a boost to the new effort. Many people who may not have otherwise known about the change have reached out to him to comment — overwhelmingly positively, he said. The distinguished scholars will now be decided by a committee, with association oversight, similar to how other association awardees are chosen.

Medhurst said in an interview Wednesday that he, too, has received much positive feedback about his essay. He again said that he and his fellow distinguished scholars believed in diversity. But he outlined several problems with the association’s action. Among them: the change was decided unilaterally by the executive council; it strips the distinguished scholars of their last remaining decision-making authority and, arguably, their raison d’être; and it suggests that the scholars are racist.

“We’ve made several suggestions about how we could increase the diversity of the pool, and the main problem, as I see it, is we have almost no people of color being nominated. We can’t select somebody who hasn’t been nominated.”

Medhurst said he had an idea that would solve the pool problem, but he declined to share it, saying he hadn’t pitched it to the entire group of distinguished scholars yet. He also said he wasn’t concerned with the journal boycott, since those who seem to be supporting it don’t interact with his publication. Still, he pulled the editorial Wednesday and announced a forthcoming journal issue on the “politics of merit.”

In the meantime, Medhurst said, “What I’m arguing is that academic merit, scholarship and ideas need to have priority over everything else, including ideology … We need to look first at the ideas, not the person.”

Many scholars would say that pure meritocracy is a myth, given the power of implicit bias and the structural and perception issues Muir mentioned — such as scholars of color not nominating themselves or peers for an honor decided by all (or almost all) white gatekeepers. Still, some elite scholarly societies, such as the National Academy of Sciences, still allow current members to elect their new peers.

Fox said Wednesday that it’s true he doesn’t read Rhetoric and Public Affairs. But “I’ll use whatever platform I have to discourage people from supporting the journal.” Medhurst “seriously underestimates the mobilization and passion of people whose work the distinguished scholars have historically dismissed. At least he’s consistent.” He added that by “Medhurst’s own admission, the distinguished scholars have a singluar task,” to “reproduce the structure of their own authority.”

Muir said Medhurst and his colleagues have long been made aware of the association’s concerns and that whatever they propose, the NCA is moving forward, not backward.